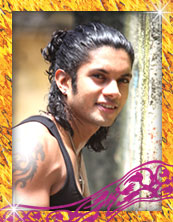 Sushant Pujari is a 29 year old from Mumbai. He has been performing since he was a teenager in various stage shows and awards nights.

He has been able to fulfil his love of dancing and acting by appearing in Bollywood movie songs, Blackberry Boys TVC, LUX television commercial with Kareena Kapoor and many more.

Sushant also played the lead in a show on the Tallink Silja Line European Cruise tour.

He is proud of his association with Remo d’Souza in assisting him with many shows and appearing in the upcoming ABCD (Anybody Can Dance), the first dance film in India in 3D.